Home » London Attractions » A Short Guide to the Tower of London

A Short Guide to the Tower of London 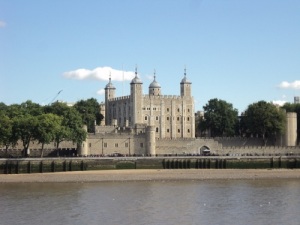 The Tower of London  is one of the most popular attractions in London, the  historic castle was built after the Norman Conquest of England . The White Tower, which is the core of the castle was built by William the Conqueror in 1078.  The Tower of London has had many uses over the centuries, it has been a Royal Palace, a prison, an armoury, a treasury, a menagerie, the home of the Royal Mint, a public records office, and the home of the Crown Jewels.  Over the centuries the Tower  has developed into  a complex of  buildings protected  behind two rings of defensive walls and a moat. 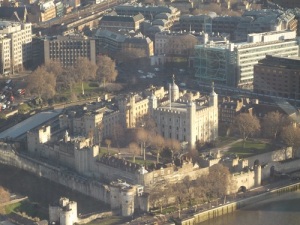 The Tower of London has been the centre of many important events in English history especially in the 16th and 17th centuries when it was used as a prison for many high ranking figures who had fallen from grace. Elizabeth I was held here before she became queen, however the Tower’s reputation as a place of execution was mostly due to the demise of  three queens of England: Anne Boleyn, second wife of Henry VIII,  Catherine Howard, Henry VIII’s fifth wife and Lady Jane Grey.

Execution inside the Tower was actually considered a privilege reserved for those of high rank, many more executions were carried out on the Tower Hill outside of the walls.

Executions in the Tower were not confined to the distant past, in the First and Second World Wars, the Tower was used as a prison and was the site of the executions of 12 men for spying.

One of the main attractions of the Tower is the Crown Jewels a collection of royal regalia which are still used by The Queen in important national ceremonies, such as the State Opening of Parliament. Considering the age of the Tower, the Crown jewels are fairly modern, almost everything in the Jewel House was made after 1660 – the earlier Crown Jewels  were destroyed following the abolition of the monarchy in 1649.

Other highlights of  a visit to the Tower are the White Tower, the Royal Armouries Collections, an exhibition about torture at the Tower, the execution site where Anne Boleyn and others died, you can walk the Tower walls and visit the many towers.

You will also see the  resident ravens who are forbidden to leave the Tower, an old legend says that if the ravens leave, the kingdom and the Tower will fall. Therefore the ravens are looked after by their own Raven Master and live in protected lodgings  next to the Wakefield Tower.

For many visitors, the tours given by the Yeoman Warders commonly known as ‘Beefeaters’ are a highlight of the visit, all the Yeoman Warders are required to have served in the armed forces with an honourable record for at least 22 years. They will entertain you with tales of intrigue, imprisonment, execution, torture and much more… 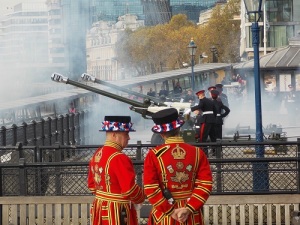 The Tower of London isn’t just a historic fortress – it remains a working fortress today with a strong military presence. You will see soldiers guarding the Jewel House and Queen’s House as well as the famous Yeoman Warders (Beefeaters) who have been guarding the Tower for 500 years. It is still under the ceremonial charge of the Constable of the Tower and is cared for by the charity Historic Royal Palaces and is protected as a World Heritage Site. 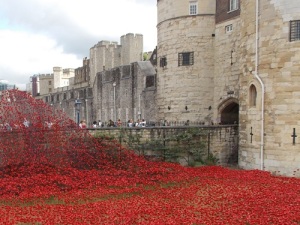 Recently the highly successful ceramic poppies installation were planted in the moat and were seen by millions of people.

Child (5-15 years)
Under 5s are free of charge.
Children must be accompanied by an adult.

Full-time student (16 years and over), disabled visitor, over 60 with ID

Family
Up to 2 adults and 3 children

For more information and to book tickets, visit the Tower of London website here

Tags: a menagerie, a prison, a public records office, A Short Guide to the Tower of London, a treasury, an armoury, Anne Boleyn, Catherine Howard, Historic Royal Palaces, Jewel House and Queen’s House, Lady Jane Grey, Royal Palace, the home of the Crown Jewels, the home of the Royal Mint, the Royal Armouries Collections, the Tower of London, The White Tower, William the Conqueror in 1078, World Heritage Site, Yeoman Warders