In celebration of the 450th anniversary of William Shakespeare’s birth on 23 April 2014, this exhibition will explore Shakespeare’s works as inspiration for a multitude of theatrical interpretations through the centuries and across the globe.
Shakespeare: Greatest Living Playwright will take Shakespeare’s First Folio as its centrepiece. This collected edition of 36 of Shakespeare’s plays (excluding Pericles ) was published in 1623 and contains the first known versions of many of the plays. Without it, eighteen of the works would be unknown today, including Macbeth , The Tempest , and Twelfth Night . Surrounding the Folio will be new interviews, archive footage and photography, and twenty-five objects from the V&A collections, to explore how the plays have been interpreted and re-imagined by successive generations.
At the heart of the display will be a specially commissioned audiovisual installation by Fifty Nine Productions featuring interviews with contemporary theatre practitioners.  Leading actors, directors and designers will consider their relationships with Shakespeare’s plays, including Simon Russell Beale, Lucy Osborne, Edward Hall, Julie Taymor, Cush Jumbo, Sinéad Cusack and the Belarus Free Theatre. Illustrating the interviews will be recorded excerpts of Shakespearean performances from the V&A’s National Video Archive of Performance, and images from the Museum’s collections. This material will be projected onto a constellation of screens to represent the seeming infinity of interpretations of Shakespeare’s works.
Objects on display, including props, costumes, set models, design sketches and printed ephemera, will illustrate past productions of Shakespeare’s works. Amongst these are a skull used by Sarah Bernhardt during her role as Hamlet in 1899, and the embroidered handkerchief used by actress Ellen Terry whilst playing Desdemona in 1881 at the Lyceum Theatre. 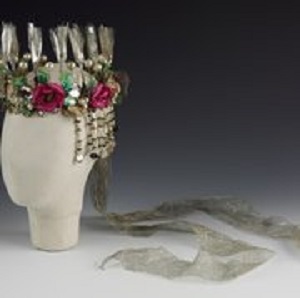 Costumes include a headdress by the prominent society designer Oliver Messel, worn by the actress Vivien Leigh during performances of A Midsummer Night’s Dream in 1937, and a pair of red boots worn by actor-manager Henry Irving in an 1877 production of Richard III . With a stacked right heel, the boots helped Irving to perform with the character’s distinctive limp. 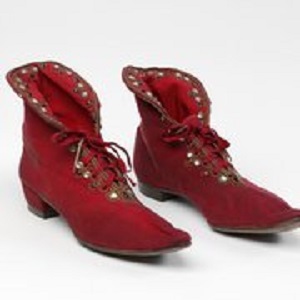 Shakespeare: Greatest Living Playwright will be accompanied by a varied programme of activities and events at the V&A celebrating the 450th anniversary of Shakespeare’s birth and examining the enduring influence and popularity of the world’s most famous poet and playwright.

Shakespeare: Greatest Living Playwright will be shown in the V&A’s Theatre and Performance Galleries from 8 February to 21 September 2014

New Volcanoes and Earthquakes Gallery at the Natural History Museum 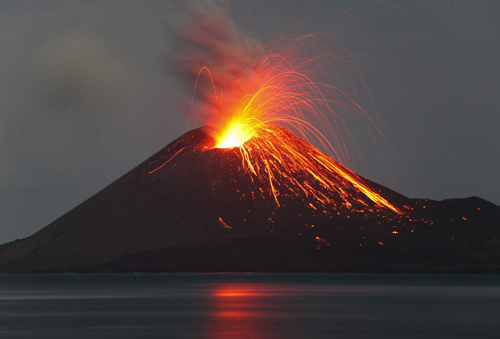 New Volcanoes and Earthquakes Gallery at the Natural History Museum

Awe-inspiring, intense and dangerous – volcanoes and earthquakes are the most powerful phenomena in nature. Their breathtaking impact has caused worldwide fascination and devastation, making them Hollywood film spectaculars as well as the cause of the biggest global tragedies. This revealing gallery takes you on a journey through the causes of the world’s most famous natural disasters and explores how science is attempting to minimise their impact around the world. Through the Natural History Museum’s own scientific research, immersive experiences, real-life case studies and up to date information from around the world, Volcanoes and Earthquakes provides a fresh and intriguing account of the almighty force of our natural world.

Along the way, you’ll study human stories to experience what it’s like to be a survivor of one of the world’s most dangerous earthquakes, such as the San Francisco earthquake of 1906 and most recently, the 2004 Indian Ocean tsunami. You’ll also delve deep into the scientific foundations of a volcano as you look inside Mount Vesuvius, Italy, which famously destroyed the roman cities of Pompeii and Herculaneum and Mount Tambora in Indonesia, which caused of one of the most powerful eruptions in history.

·        original objects from world-famous events, including a calendar with a waterline and broken clock from   2011 Tōhoku earthquake and tsunami in Japan

·         interactives and videos showing activity from around the world, including a live earthquake data feed

·         a CGI film on what scientists are doing to understand tectonics

·         how to prepare for an earthquake, allowing visitors to decide what they’d put in their emergency ‘go’ bag

(There is a charge for some temporary exhibitions)

Last Friday of the month open until 22.30 for Lates.

The Museum is open every day, including Sundays and bank holidays, but closed 24-26 December.