A Short Guide to Buckingham Palace 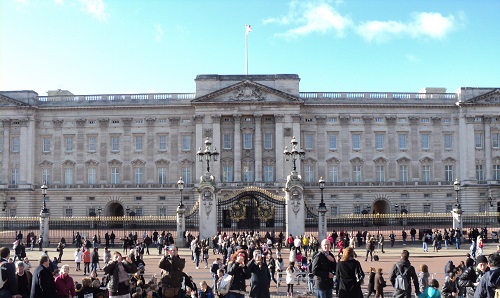 Buckingham Palace has been the official London residence of Britain’s sovereigns since 1837, in more recent times it has served as the administrative headquarters of the Monarch. To facilitate the small army of 450 staff, the Palace has 775 rooms.These include 19 State rooms, 52 Royal and guest bedrooms, 188 staff bedrooms, 92 offices and 78 bathrooms. Although the Palace is still used for large-scale Royal ceremonies, State Visits and Investitures, it also welcomes around 50,000 people a year who attend banquets, lunches, dinners, receptions and Royal Garden Parties.

The land on which the Palace stands has been owned by Royalty since William the Conqueror however it was not until George III bought the house on the site called Buckingham House and eventually transformed it into a Royal Palace that it became a Royal residence. Using the well-known architect John Nash, George III expanded the Palace and began to furnish the interior with furniture and works of art from the nearby Carlton House.

Despite George’s influence it was Queen Victoria who became the first sovereign to take up residence in July 1837, and in June 1838 she was the first British sovereign to leave from Buckingham Palace for a Coronation.

When Queen Victoria became a widow in 1861, Buckingham Palace was seldom used for Royal Ceremonies and was rarely visited by Victoria who prefered to stay at Windsor Castle and Balmoral.

When Queen Victoria died in 1901, it was decided to repair the facade and make a series of changes to the Palace. These included a new Memorial to Victoria, and developing the Mall as a ceremonial approach route to the palace.

Although suffering some damage in the Second World War, it was  at the end of the War that the Palace became the focus of celebrations on VE Day. 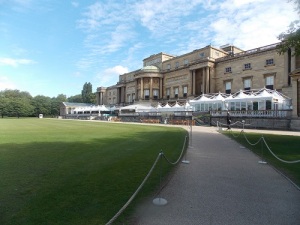 These scenes have been replicated in recent times for Royal Weddings and Jubilee Celebrations when the Royal Family usually make an appearance on the Palace balcony. 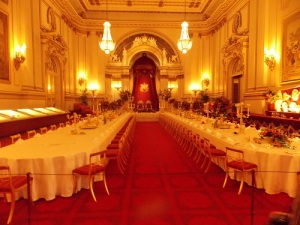 After the fire at Windsor Castle in 1992, The Buckingham Palace State Rooms were open to visits by the public with money raised helping to pay for the repair and renovation at Windsor. 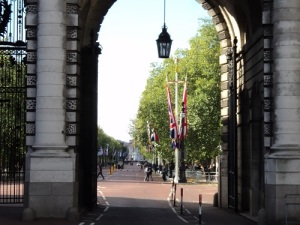 The Mall from Admiralty Arch

London Visitors is the official blog for the Visiting London Guide .com website. The website was developed to bring practical advice and the latest up to date news and reviews of events in London.
Since our launch in 2014, we have attracted thousands of readers each month, the site is constantly updated.
We have sections on Museums and Art Galleries, Transport, Food and Drink, Places to Stay, Security, Music, Sport, Books and many more.
There are also hundreds of links to interesting articles on our blog.
To find out more visit the website here