Grosvenor Square is one of the largest garden squares in the Mayfair district, the square was first developed in the 18th century. Sir Richard Grosvenor began to develop Grosvenor Square and the surrounding streets in 1710, and development continued throughout the 18th century. It soon began to attract leading members of the aristocracy and became of the most fashionable residential addresses in London. 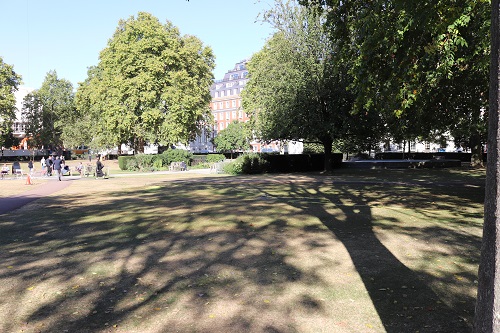 Many of the houses were rebuilt the 19th century and 20th century when many of the older houses were demolished to make way for up market blocks of flats, hotels and embassies. 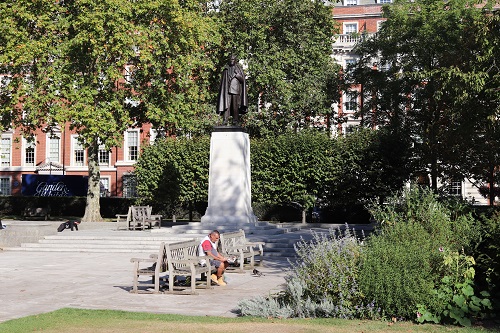 Grosvenor Square has long been associated with the official American presence in London, John Adams who established the first American mission to the Court of St. James’s in 1785 lived in the house which still stands on the corner of Brook and Duke Streets. During the Second World War, Dwight D. Eisenhower established a military headquarters at 20 Grosvenor Square. Until 2009, the United States Navy continued to use this building as its headquarters for United States Naval Forces Europe. The former American Embassy of 1938–1960 on the square was purchased by the Canadian government and renamed Macdonald House.

In 1960, a new United States Embassy was built on the western side of Grosvenor Square, it was not without controversy with many people suggesting that a large embassy inserted in a large residential area was a recipe for disaster. The critics did not have to wait long before being proven correct, in 1968, there were large violent demonstrations in the square against US involvement in the Vietnam War. Security was tightened with a number of anti-terrorist devices have been installed around the embassy. 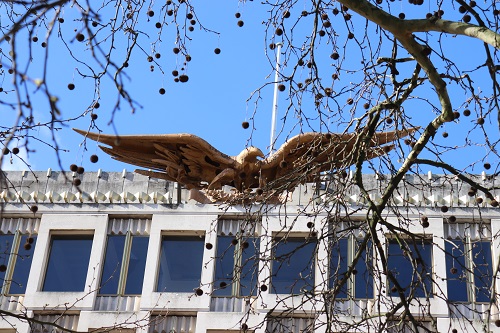 In 2008, the United States Government chose a site for a new embassy south of the River Thames and the building was sold, however the new owners will not be allowed to change the façade, which includes the 35-foot-wingspread gilded-aluminium eagle that hovers above the main entrance. 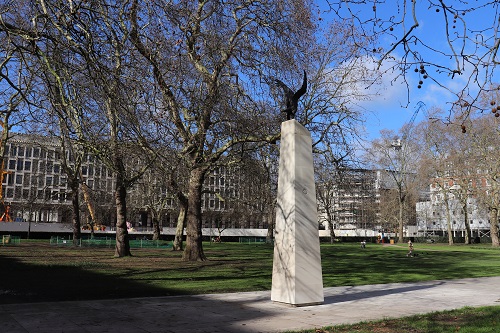 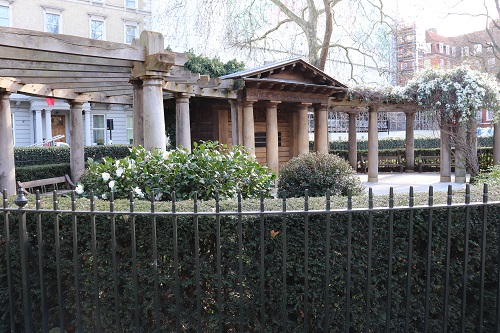 The central garden, which was originally reserved for the use of the residents of the houses is now a public park managed by The Royal Parks. At the eastern end of the garden there is a small memorial dedicated to the British victims of the September 11 attacks. The memorial includes a granite block engraved with the names of the victims and the poem by Henry van Dyke.