Home » Exhibitions » Exhibition Review – The Last Tsar: Blood and Revolution at the Science Museum from 21 September 2018 to 24 March 2019

Exhibition Review – The Last Tsar: Blood and Revolution at the Science Museum from 21 September 2018 to 24 March 2019

This year marks 100 years since the murder of the Romanov family, the last rulers of Russia and the Science Museum presents a free exhibition entitled The Last Tsar: Blood and Revolution. The exhibition investigates the role of science in the lives of Tsar Nicholas II and his family and how advances in forensic science helped to solve one of the greatest mysteries of the 20th century.

The first part of the exhibition explores the lives of the imperial family through a number of rare artefacts, including the family’s personal diaries, private possessions and two Imperial Fabergé Easter Eggs presented by the Tsar to his wife just a year before the fall of the imperial house.

An insight into the personal lives of Nicholas II and his family to life is gained by looking through the photographic albums created by an English tutor to the Tsar’s nephews which is displayed for the first time. They offer a unique glimpse into the daily lives and routines of the Romanov family. 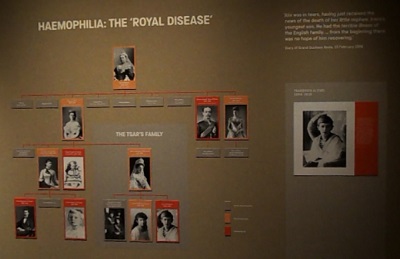 The exhibition explores the treatment of Tsar Nicholas II only son and heir, Alexei’s life-threatening haemophilia B, a rare blood condition and infamous ‘royal disease’ was passed down from Queen Victoria.

One of the highlights of the exhibition is the medicine chest that traveled with the family which contained hundreds of different treatments.

The Romanov family’s decision to keep Alexei’s illness a secret had serious consequences because although the imperial family showed some reliance on the latest medical discoveries, it was the use of traditional and spiritual healers especially Rasputin that contributed to the fall of the 300-year-old dynasty. 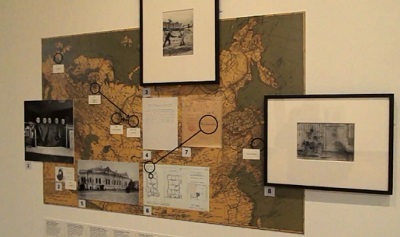 The second part of the exhibition examines the investigation into the disappearance of Tsar Nicholas II, his family and entourage following the revolutions of 1917 and the events of 1918.

Visitors will be able to examine evidence from the scene of the execution – from the dentures of the imperial physician, a single diamond earring belonging to the Tsarina, to a chandelier from the house where the family were executed and look at the evidence about the events that led to the deaths of the family.

The exhibition shows how for the first time, forensic DNA analysis was used to solve a historic case using blood samples from relatives (including HRH Prince Phillip) and how advances in DNA profiling and 3D reconstruction were used to positively identify the remains of the imperial family and enabled the family to be finally laid to rest in a ceremony in St Petersburg. Dr Peter Gill from the Forensic Science Service in the UK played a leading part identifying the remains of the last Tsar, Tsarina, and three of their five children. 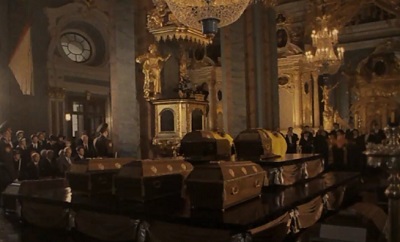 This fascinating exhibition provides some real insights into one of the greatest mysteries of the 20th century. For decades it was thought that the remains of the murdered Romanov family had been cremated, however a number of often unofficial investigations came up with a number of alternative theories. It was the advance of forensic DNA analysis and British expertise that was able to prove that certain remains found were indeed those of members of the family.