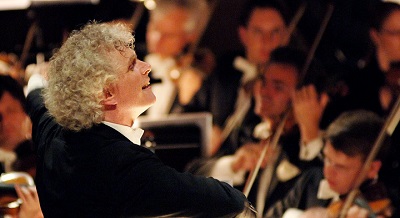 The London Symphony Orchestra and its Music Director Sir Simon Rattle open their 2018/19 season at the Barbican with a programme affirming a continuing commitment to British music new and old on 16 Sep 2018 in the Barbican Hall. The concert features a world premiere by Sir Harrison Birtwistle, a defining figure in British music since the 1950s, Mark-Anthony Turnage’s 1995 work Dispelling the Fears, Holst’s masterpiece Egdon Heath, and Britten’s Spring Symphony. It is the first concert in an ambitious 51-concert season which runs to the end of Jun 2019 and explores in a broad defining concept the roots, origins and the future of music.

Simon Rattle conducts 16 concerts which explore the impact that different cultural traditions have had on music, from Eastern European folk music, through the British folk traditions in Grainger and Vaughan Williams, and on to the extraordinary impact of jazz. Gianandrea Noseda explores Russian identity in music, whilst continuing his cycle of Shostakovich’s symphonies, and conducts a Strauss programme featuring the soprano Diana Damrau in the final act of his last opera Capriccio. 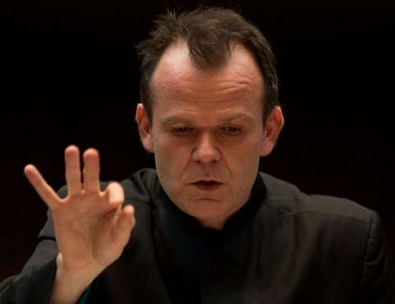 François-Xavier Roth looks at the extraordinary spread of music traditions from Europe at the turn of the 20th Century, and in one concert, three composers from the central European tradition who were each in the vanguard of modern music in their time, Haydn, Bartók and Ligeti. Roth also heads up the third edition of LSO Futures, the Orchestra’s new music festival which is centred around the young composers taking part in the LSO’s new music development programmes, and also features David Lang’s Public Domain, written for 1000 community voices and performed in the Barbican foyers. 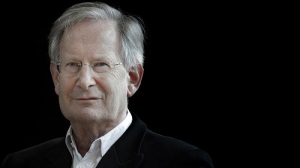 Michael Tilson Thomas, and Sir Mark Elder each explore American identity with music by the maverick Charles Ives, and Sir John Eliot Gardiner continues his Schumann retrospective with his completely fresh take on Romanticism. Verdi and Puccini are brought together with Ponchielli when Sir Antonio Pappano conducts non-operatic works by these three operatic giants and Barbara Hannigan is conductor and soprano in a programme featuring Berg’s Lulu Suite and music from Gershwin’s musical Girl Crazy alongside works by Haydn and Ligeti. Hannigan is also the soloist in Hans Abrahamsen’s Let me tell you, which is conducted by Simon Rattle in Jan 2019.

The 15th Donatella Flick Conducting Competition will take place in Nov 2018 when conductors aged 30 and under compete for a cash prize and the position of Assistant Conductor with the LSO. The Competition’s final round, featuring violinist Vadim Repim, will be live-streamed from the Barbican for the first time on Medici.tv and YouTube. Bernard Haitink celebrates his 90th birthday conducting the LSO in Mahler and Bruckner in Dec 2018 and the LSO’s concerts marking the Leonard Bernstein Centenary come to a close in Dec, when Marin Alsop conducts two performances of Bernstein’s Candide, on the same stage where Bernstein himself conducted the work in 1989 with the LSO. The LSO’s Half Six Fix series which presents short, early-evening concerts will continue with four concerts this season, and there is a wealth of activity at LSO St Luke’s, the Orchestra’s music education and community centre.

The season ends in Jun 2019, with the return of the artistic partnership of Simon Rattle and the director Peter Sellars with two staged performances of Janáček’s opera The Cunning Little Vixen.