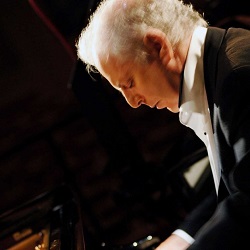 Due to popular demand, globally-acclaimed conductor, pianist and humanitarian Daniel Barenboim has announced a second date with his West-Eastern Divan Orchestra at Southbank Centre’s Royal Festival Hall this October. The concert on Sunday 29 October at 2pm will raise funds for multiple sclerosis (MS) research in aid of the MS Society.

The Jacqueline du Pré tribute concert will see Barenboim, who first performed at Royal Festival Hall aged just 13, bring his West-Eastern Divan Orchestra to the venue for the first time, in tribute to cellist Jacqueline du Pré, Barenboim’s wife of 20 years, who had MS and died aged just 42. This October marks 30 years since the death of du Pré, who was recognised as one of the most talented cellists in history before her illness forced her to give up playing.

Daniel Barenboim and academic Edward Said formed the West-Eastern Divan Orchestra to open dialogues between Israeli and Palestinian musicians. Under Barenboim’s leadership, the ensemble goes from strength to strength, defying political divides and delivering performances as profound as the philosophy behind its formation. This first appearance at Royal Festival Hall will feature Tchaikovsky’s Symphony No.5 and Strauss’ Don Quixote, with the young Austrian-Persian cellist Kian Soltani as soloist.