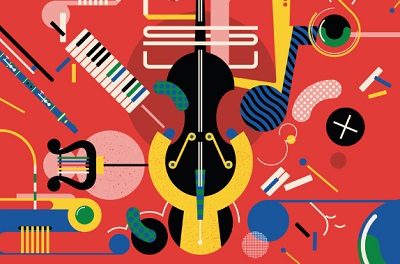 After the successful first festival in 2015. Sound Unbound will once again return at the end of April to give audiences the chance to explore new music from medieval to modern, in a relaxed festival environment.

Pianist, producer and composer Chilly Gonzales will present his guide to the orchestra in a specially commissioned work with Britten Sinfonia, conducted by Jules Buckley. The Academy of Ancient Music will be performing famous works including Bach’s Brandenburg Concerto No 5 and Pachelbel’s Canon. Organist James McVinnie, widely recognised for his fresh approach to the instrument and repertoire, will interpret music by Philip Glass and JS Bach. Alison Balsom and Timo Andres will also join forces with the Britten Sinfonia for Rhapsody in Blue and Miles Davis’s Sketches of Spain. 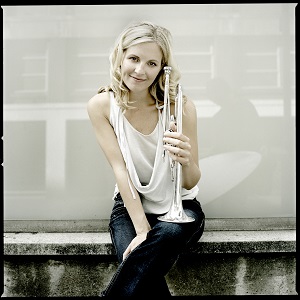 The weekend also features American soprano Angel Blue who has performed in the English National Opera’s La Bohème as well as alongside Donna Summer and Chaka Khan, acclaimed British countertenor Iestyn Davies in an intimate concert with lute player Thomas Dunford, and the Kanneh-Mason Trio, led by BBC Young Musician of the Year Sheku Kanneh-Mason.

In 2017, the Barbican celebrates the medium of film with a “Film in Focus” series across the various artforms. As part of this, Sound Unbound features an exciting chance to hear the London Symphony Orchestra perform film music by John Williams.

The Norwegian siblings Mari and Håkon Samuelsen, a violin and cello duo, bring Nordic Noir to the Barbican, featuring new works from the composers of soundtracks for The Bridge and The Killing alongside music by Arvo Pärt.

In two Symphonic Cinema sessions, the BBC Symphony Orchestra performs Stravinsky’sballet score Firebird alongside a stunning film which director Lucas van Woerkum has created specifically to the music and story, and which he will synchronise in live-time to the orchestra’s performance (UK premiere).

LSO St Luke’s will host the BBC Singers for the UK premiere of German composer and producer Sven Helbig’s I Eat the Sun and Drink the Rain, a new work for choir, visuals and liveelectronics which explores searching questions about the role of nature and human relationships in a world of artificial intelligence and digital alienation.

Sound Unbound also features well-known works in unconventional versions. Bach’s Goldberg Variations will be played by a string trio from the Scottish Ensemble. Stravinsky’s Rite of Spring, a work that shocked and changed the musical world for ever, can be heard in an arrangement for two pianos, performed by two of the most exciting and innovative young American pianists, Timo Andres and David Kaplan. Musicians from the Guildhall School’s Electronic Department will remix Haydn’s Toy Symphony, together with other well-known classical repertoire, in a specially commissioned arrangement for sound-producing electronic toys and devices.

Music in The Pit, The Curve and the Conservatory

During the weekend, the Barbican opens up its many venues and so this unparalleled variety of music and artists can also be heard in an unusual range of venues: The Pit (the Barbican’s studio theatre), the Conservatory, The Curve gallery, the Barbican Lakeside, in the foyers, in the neighbouring Milton Court Concert Hall and LSO St Luke’s, as well as in the Barbican concert hall itself. On the Barbican’s Lakeside Terrace wind-up gramophones will invade the space with a collage of classical music through the ages, devised by musicians and staff of the Guildhall School’s Electronic Music Department. The Pit sessions, programmed in association with Boiler Room TV, include the innovative Calder Quartet, a Sound Unbound favourite from the first festival; a session from versatile viol player and professor of viola da gamba at the Guildhall School Liam Byrne, equally at home in very old and very new music; and London-based composer, producer, and founder of the NONCLASSICAL record label and club night, Gabriel Prokofiev.

The Curve will be a venue for choral music, alongside a new commission from Anna Meredith , a genre-defying British composer, producer and performer who moves comfortably between the different worlds of contemporary classical and experimental rock. Also filling the huge, resonant space of the Curve will be Tuning Up, a sound installation for forty helium balloons with harmonicas, devised by Stephen Cornford and Bill Leslie.

The Barbican Conservatory, the second biggest conservatory in London, will be the location for Silent Opera’s Carmen: Remastered, in which headphones let the audience into the tormented, internal world of Don José and his encounter with the woman he desires, as well as for Michael Gordon’s cult classic Timber, a meditation on sound and rhythm, bringing the physicality, endurance and technique of percussion performance to a new level.

For more information and tickets , visit the Barbican website here