A Short Guide to London Zoo 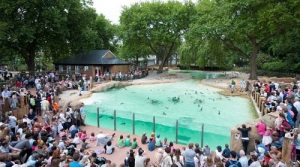 London Zoo was officially open in 1828 as the world’s first scientific zoo, when it was opened it was only intended for scientific study and was only open to fellows of the Zoological Society of London. It was not opened to the public until 1847.

Located near to Regent’s Park, the grounds of London Zoo were designed by Decimus Burton and included a number of features including the Clock Tower, the Giraffe House and the East Tunnel that links the north and south parts of the zoo together. Later other architectural features were built including the mountain landscape of the Mappin Terraces in 1914, the Round House in 1933, The Penguin Pool in 1934 and the Snowdon Aviary in 1964. 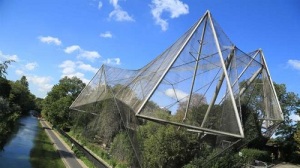 As well as the scientific interest the first 150 years of the Zoo was more about education and entertainment, many animals had never been seen live in the United Kingdom. A hippopotamus caused great interest when it arrived in 1850 as did Jumbo, the largest Elephant in captivity at the time. Guy the gorilla arrived at the Zoo in 1947 and was a great favourite up till his death in 1978. More recently, Chi Chi the giant panda’s arrival in 1958 made her into a star attraction.

The large number of animals kept at the Zoo especially the large animals in small spaces began to be a source of concern as the general public’s attitude to Zoos began to change. In the 1980s and 90s, dwindling number of visitors led to financial problems and the threat of closure. The decision was made by the Zoological Society of London which runs the Zoo to concentrate more on conservation and breeding programmes and to have fewer animals and begin to build environments that was more suitable for the animals that lived in them. 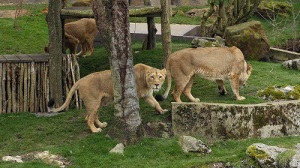 Land of the Lions is the latest new enclosure for London Zoo’s Asiatic lions, which opened in Spring 2016. The enclosure is designed to resemble the Gir Forest National Park in India. Other enclosures include Tiger Territory , Gorilla Kingdom, Into Africa, Rainforest Life and The Outback located on the Mappin Terraces. 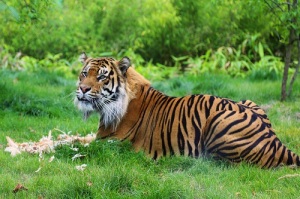 Other highlights of the Zoo include the Aquarium, Animal Adventure for children, the Reptile House , B.U.G.S, Penguin Beach , In with the Lemurs, Meet the Monkeys and Butterfly Paradise. 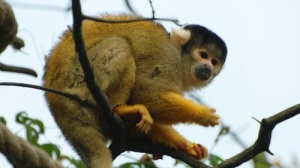 The Zoo runs a series of events throughout the year including opportunities to stay in London Zoo overnight.