A Short Guide to Tate Britain 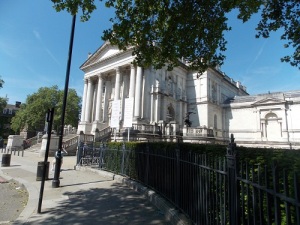 The origins of Tate Britain lay in the collection of Henry Tate, an industrialist who had made his fortune as a sugar refiner. Tate offered his extensive collection of British art to the nation and the search for a suitable site began, it was also suggested that the new gallery would house other works of British artists from various other collections.

In 1892 the site of a former prison, the Millbank Penitentiary, was chosen for the new National Gallery of British Art,. the prison which was notorious for sending convicts to Australia, had been demolished in 1890.The gallery opened its doors to the public in 1897, displaying 245 works in eight rooms from British artists dating back to 1790. 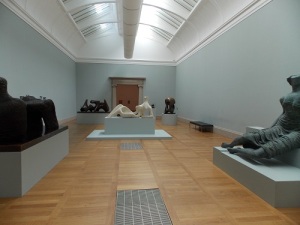 By 1917, the remit of the gallery changed. It was decided that the gallery would be the national collection of British art from 1500 to the present day. In 1932, the gallery officially adopted the name Tate Gallery, by which it had popularly been known as since its opening.

The gallery is intrinsically connected with the works of J. M. W. Turner who left a large number of his works to the nation. To celebrate this connection Tate Britain hosts the annual and often controversial Turner Prize exhibition.

The gallery became known as Tate Britain in 2000 and has an extensive permanent collection and holds a series of temporary exhibitions throughout the year. There are permanent spaces dedicated to the works of J.M.W Turner, William Blake and Henry Moore.

By londonvisitors2014 in London Attractions, Museums and Art Galleries of London on January 7, 2016.
← A Short Guide to The Museum of London Review : The London Boat Show at ExCel London – 8th to 17th January 2016 →