Vikings: Life and Legend
Location – Great Russell Street, London, WC1B 3DG
From the 6th March 2014, The British Museum presents its first major exhibition on Vikings in over 30 years, supported by BP, which will open the Sainsbury Exhibitions Gallery. The exhibition has been developed with the National Museum of Denmark and the Staatliche Museen zu Berlin (National Museums in Berlin) and focuses on the core period of the Viking Age from the late 8th century to the early 11th century. 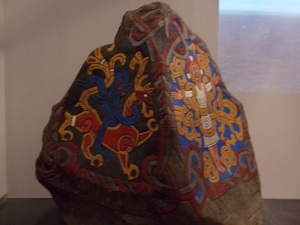 The Vikings are viewed in a global context that highlights the multi-faceted influences arising from extensive cultural contacts. 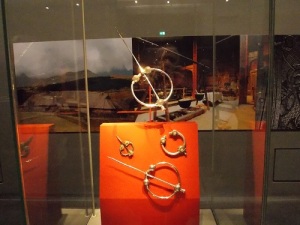 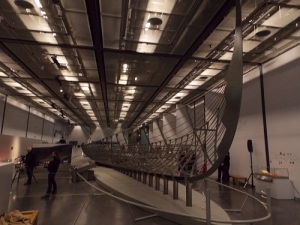 The ship, known as Roskilde 6, was excavated from the banks of Roskilde fjord in Denmark during the course of work undertaken to develop the Roskilde Viking Ship Museum in 1997. Since the excavation, the timbers have been painstakingly conserved and analysed by the National Museum of Denmark. The surviving timbers – approximately 20% of the original ship – have now been re-assembled for display in a specially made stainless steel frame that reconstructs the full size and shape of the original ship. The construction of the ship has been dated to around AD 1025, the high point of the Viking Age when England, Denmark, Norway and possibly parts of Sweden were united under the rule of Cnut the Great. The size of the ship and the amount of resources required to build it suggest that it was almost certainly a royal warship, possibly connected with the wars fought by Cnut to assert his authority over this short-lived North Sea Empire.

It is safe to say that for many years the Vikings have been portrayed as bloodthirsty looters and pillagers, this large new exhibition at the British Museum attempts to offer a wider interpretation by also showing evidence of the Vikings as traders and explorers.

The jewellery and swords also shows that amongst the Vikings were talented craftsmen and metalworkers, but they operated in a violent world shown by the skeletons of executed Vikings.

Centre of the exhibition is full size stainless steel replica of one of the largest Vikings ship ever found,  within the steel frame is around 20% of the original ship. 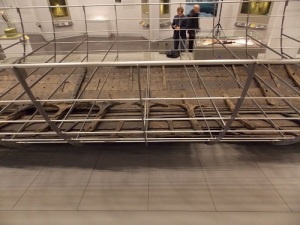 The large number of exhibits are attractively placed around the exhibition within multimedia screens that show aspects of Viking life.

The British have a strange relationship with the Vikings, on one hand many in this Island are descendants of the Viking hordes whilst for many others their descendants suffered from their attacks.

If the Viking history casts a shadow over British and European history, exhibitions such as this one, at least helps to provide some of the elusive answers.

The exhibition is the first  to be held in the British  Museum’s new Sainsbury’s Exhibition Galleries and runs from  6 March – 22 June.

Admission charge £16.50 plus a range of concessions.